Most salmon fishing in Canada is done on the west coast. Some of the best areas to catch salmon are Port Renfrew, Ucluelet, Tahsis, Winter Harbour, The Queen Charlotte Islands, and Prince Rupert. Salmon fishing in Canada differs from Alaska in that you can catch Chinook, Coho and Halibut all in the same general area. Chinook and Coho are the two most fished species of salmon.

Salmon run patterns started changing during the early 1990s and many of the places along the inside of Vancouver Island no longer produced great fishing. From time to time, a run of salmon will come through, but most of the non-stop action is on the west coast of Vancouver Island.

If you are planning a trip, make sure you know what time the best runs come through. The amount of salmon caught from week to week and vary based on how many salmon are going by that particular area. 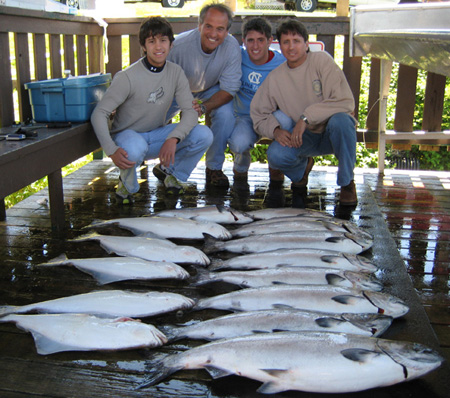