The Hudson’s Bay Company began buying salmon for shipment from the indigenous tribes as early as 1829. The salmon was pickled, packed in wooden barrels and shipped to places like Hawaii and Asia. 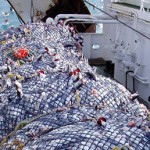 Canning salmon in the Pacific Northwest didn’t really take off until the late 1860’s. At first, the majority of salmon was pulled from northwest rivers by nets, fish traps, and spears. As fishermen began leaving the rivers to intercept the salmon before they entered the river, they quickly adapted to catching salmon by trawling with lures.

By the turn of the 20th century, there were almost 100 canneries in British Columbia alone. The commercial fleet was mostly powered by oar and by sail. Steam powered freighters transported the finished cans from the canneries to rail heads where the salmon was shipped all over the world.

Gas powered fishing vessels began showing up during the early part of the century, and by the time the 40’s rolled around, most commercial boats were gas or diesel powered. Commercial licenses were incredibly easy to obtain, and it was not uncommon to see commercial fishermen out in boats of 16 feet or less. 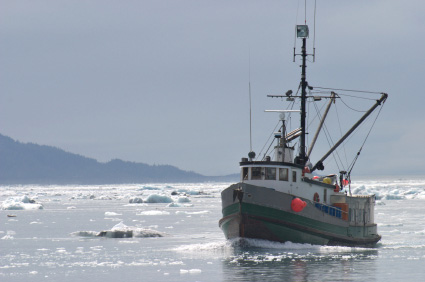 Regulation of the commercial industry was notoriously lax until serious decline in fish stocks necessitated some type of government action. Fisherman began to notice sever decline in fish stocks throughout the Northwest even before 1900. But since there were few restrictions and no quotas, even conservation minded fishermen had no incentive to limit their catch. If they didn’t kill the fish, somebody else would.

Government regulations in both Canada and the U.S. slowly began to address the declining fish stocks during the 60’s and 70’s. Shorter and shorter seasons mandated in an attempt to protect the salmon runs. It would prove to be a futile effort to maintain the necessary levels for commercial fishing to thrive.

For all intents and purposes, commercial fishing was finished by the late 1990’s. Stocks had been so severely depleted that it was too difficult for most commercial fishermen to make a decent living. The Canadian government began buying back commercial licenses in an attempt to reduce the size of the fleet.

Currently, commercial salmon fishing in Canada is severely limited. The trawl season is heavily regulated, both for type of gear allowed, and total quantity of the catch for the entire fleet. Once the quota has been caught, even if the season has been open for only a few days, no more fishing is allowed. Barbless hooks are mandatory.

Purse seining is generally only allowed for the chum, pink, and sockeye salmon and usually the openings are for only mere hours instead of the months and months where almost every last fish was harvested in a particular area. Gillnetting has also been severely curtailed and has almost vanished from commercial fishing methods.

Ever since the commercial salmon industry has been curtailed, fish stocks have begun making an impressive comeback. Stocks are rebounding, and many rivers are seeing returns not witnessed for many years. Perhaps there will be a resurgence in the commercial fishing industry when salmon stocks rebuild to sustainable levels, but that will probably not happen in the foreseeable future.

To be fair, the decline in fish stocks was not only the fault of the commercial fleet. Logging and the destruction of salmon spawning streams also played a big role. Dams built on major river systems also wiped out untold numbers of salmon. Hopefully, we will collectively learn from our past mistakes and not push our valuable resources to the brink of extinction before taking measurable steps to preserve them.